I wasn’t intending my next post to be about astrology again, but this is irresistible. I hope you agree. The wonderful pictures coming back to us of Pluto are amazing to scientists, but to astrologers they’re confirming things that we’ve known about this planet for years.

Here are a few points from recent news headlines that I find really interesting. 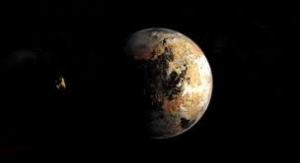 It turns out that Pluto is a red planet, like Mars. This link with Mars is important, because astrologers see a deep affinity between Mars and Pluto. We regard them as the joint rulers of Scorpio, and Pluto is sometimes called the ‘higher octave’ of Mars, meaning that its energy is similar but operates at a different, subtler level. The colour red is astrologically linked with both.

Pluto has surprised scientists by having ‘vast water deposits’. Pluto’s sign Scorpio is the deepest, most secretive and intense of the water signs. Water is the element of feelings and emotions, and these vast depths of water manifest the emotional quality of this planet. 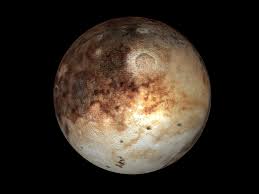 Until now, scientists assumed that its distance from the sun meant that Pluto must be a cold, inert rock. No astrologer would have imagined that! It’s now clear that it’s been geologically active for billions of years, powered by a ‘mysterious energy source’ that melts its ice, and almost certainly causes volcanoes. Again, a perfect embodiment of the intense emotional energy of Pluto, often referred to as ‘volcanic’, that can boil up from the depths, bringing up to the light hidden and possibly dangerous material.

Now this isn’t a discovery as such, but it caught my attention: a dark spot at the north pole of Pluto’s moon Charon, has been dubbed ‘Mordor’. Mordor, of course, in Lord of the Rings, was the domain of Sauron, the dark wizard who sought to enslave the world. Sauron represents the most negative pole of the Plutonian – the desire for total power, at all costs. So, a disturbingly apposite name! I’m not trying to make a logical argument here, I’m just pointing to resonances. And here’s a further resonance: Pluto was discovered in 1930, the year that the Nazi party moved dramatically to centre stage in German politics.

Do you find this kind of thing interesting? As you can see, I do. And no disrespect to scientists, but frankly I think if they’d begun their research by asking astrologers to describe Pluto, they’d have got some pretty accurate answers…rather better than their own conclusions, in some cases.

A final question about the timing of all this – why is Pluto, the most secret of our planets, becoming so visible to us at this particular time?

Pluto is currently moving through the sign of Capricorn, which it entered at the beginning of 2008, when New Horizons was already well on its way. Capricorn is the sign of institutionalised power and authority. Pluto is the planet that brings darkness up from the depths into the light, for better or worse. For several years, we’ve had repeated episodes of corruption and exploitation revealed in high places – notably the involvement of the church, police, army, doctors, Westminster politicians and so-called ‘celebrities’ in the widespread, organised sexual abuse of children. We’ve had several promises of inquiries and ‘full investigations’ that so far came to nothing. Now even Pluto itself has come to light. What does that tell us? That at last the true forces of power and destruction in our society will become visible? Now that is an exciting prospect.

Thanks for reading. I’d love to get your comments, and do sign up to receive notifications whenever I post something. Just click on the menu at the top, or the ‘follow’ button in the bottom right-hand corner.

2 Responses to “Pluto: great pictures, guys…. but astrologers were there first”